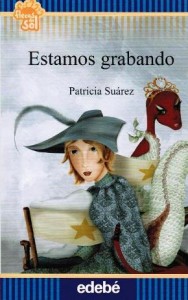 The adventures of the Blue Prince and Rondha, the snake who ran a gossip talkshow on TV, had been a mistery until now. But the TV cameras and the literature by Patricia Suárez uncover everything. In two stories full of humour and adventures, the secrets of these crazy characters are revealed.