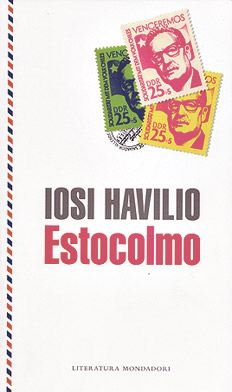 Estocolmo tells the story of René, a Chilean exiled in Sweden after the 1973 coup, who returns to his country for the first time after many years to escape a disturbed, violent lover. Facing the imminent reunion with his mother and the ever more palpable likelihood of his lover Boris’ finding him at this end of the world, René wanders the streets of Santiago, looking for a way out.

Sex, guilt, fears, cowardice are the essential elements of which the story is gradually constructed. The intense, contained, sometimes biting language makes Iosi Havilio one of the most interesting writers of her generation.

Estocolmo is also a travel novel, a late Bildungsroman . Beatriz Sarlo, Perfil
Love, crime and vengeance sketch out the silhouette of a detective story, but no. Estocolmo strives to go beyond genre. As in her first novel, Opendoor, Havilio puts everything into the work with writing, the construction of a personal voice shoots the genre inward through form. Estocolmo is an even greater undertaking  Radar, Página/12

Havilio does not reconstruct the sense of a subjectivity but step by step follows the pure action generated by her characters’ conflicts in order to produce the drift of the narrative. Herein lies the originality of her writing. ADN Cultura