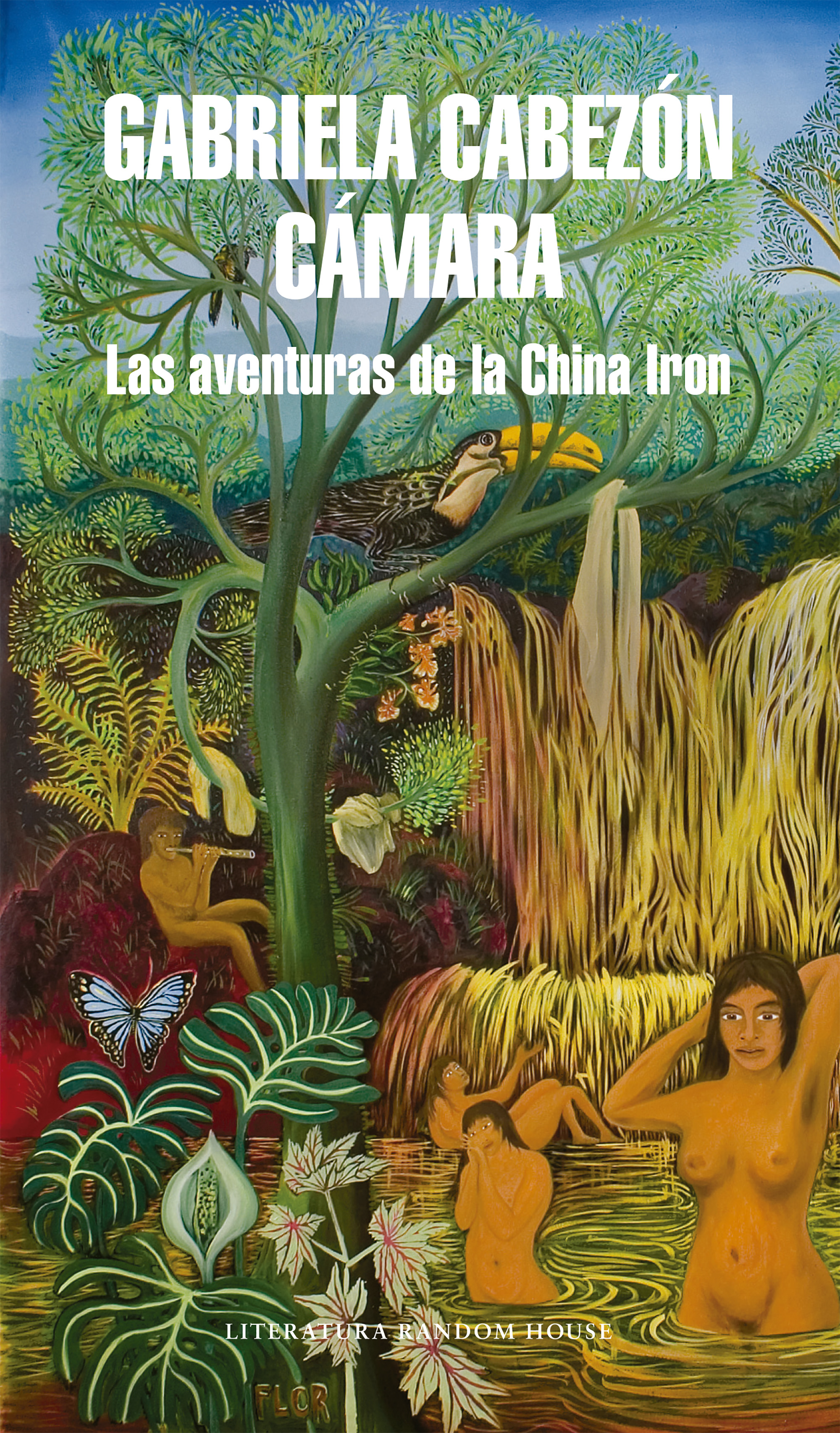 Radiant, luminous. The dessert is a prism of dogs, thistles, dust, and sky. On the road, China Iron travels with Liz, an English woman looking for her husband, who was taken by the draft. But China Iron is not looking for Martín Fierro, the gaucho who won her  in a game of cards. China is escaping. For her, traveling is an exploration of the texture of silk, the taste of tea, the exploding flush of sex.

On the road, she goes from the dessert to a military fort where a social experiment aims to turn a bunch of ignorant peasants into the industrious citizens the nation needs.

But it is under the Indian canopies that China and her happy entourage find Paradise. It is also where Gabriela Cabezón Cámara revives her longstanding literary adventure: founding a free world where creatures would embrace with desire and enjoy the same love for rivers, birds and trees. And would never feel lonely again.

The Adventures of China Iron is a queer western, a story of love and adventure, and a political reading of the fringes of the globe.

Gabriela Cabezón Cámara goes beyond giving a new meaning to Martin Fierro´s universe. She bridges  the text to a gender issue and reworks a feminine vision of the Argentinian literary tradition. Sebastián Basualdo. Página 12

Las Aventuras de China Iron creates a bent utopia and conjures up hope from the past – we were never as queer as we could be. Liliana Viola. Suplemento Soy. Página 12

Gabriela Cabezón Cámara crosses a boundary and strongly commits herself to a story that irreverently and boldly reads the gaucho literature in general and Martin Fierro in particular from a gender perspective. Cardona. La Nación

For Cabezón Cámara there is no novel without a party, without the pleasure of bodies demanding through assemblages and alliances a common life worth living. Fermín A. Rodríguez. Diario Clarín

Selected by The New Yoirk Times as one of the best fiction books of 2017 from Iberoamerica.

Selected by El Pais newspaper as one of the best twenty Latin American books of 20017 from Mexico, Argentina, and Colombia.

Selected as one of the nine highlights of 2017 by the Los InRocuptibles magazine.

Las aventuras de la China Iron was selected by the Pagina 12 newspaper among the best books that radiate empowerment and passion, struggle and feminine super powers, sorority and queerness.