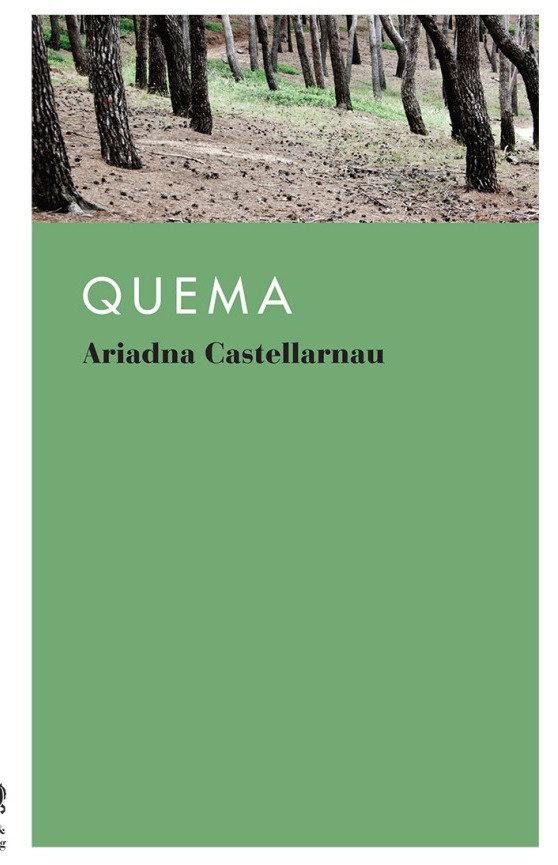 The world is dying, or perhaps it is already dead, but it is still inhabited by survivors who make plans to starve, defend their austere possessions, pray along the roads and abandon their children, sometimes for a better life, sometimes simply by exhaustion.

Ariadna Castellarnau knows these desperate beings so well that she can trace them with a dry and intensely beautiful prose often made of hard lashings: the woman without a leg, the woman with a single eye, the albino girl, the young hunters, the responsible brother. What happened to the world, and why did it happen, is not essential in for mapping the helplessness of Quema: what matters here is what to do with the wastes, the grime, those bonfires appearing at night, the slow end of compassion and the kingdom of sadness.

Castellarnau writes about the end of things as if she knew it, as a witness who knows, senses and hurts, who is raging against the dying of the light.  Mariana Enríquez

To start this book feels like coming to this world, like a birth (…) this strange moment when nothing makes sense, where everything is new, no parallels, no identity, no rational reason. Jean-Philippe Cazier, Ecocritik

In eight oppressive and wonderful chapters, the writer Ariadna Castellarnau represents eight visions of a dusty world in ruins. To vanish without looking back, abandoning all the dreams of the human kind. François Perrin, Focus

Criptic apocalypse and moving drama, this is what lies under this first text by Castellarnau. The author throws herself into the ashes to offer us the last cruel, desperate and furious parts of life. Nicolás Winter, Just A Word