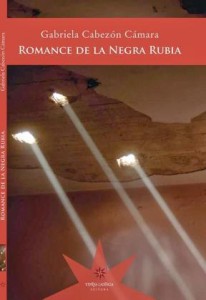 In the midst of threats from the police, TV cameras, the launching of projectiles of all sorts, a poet sets himself alight in resistance to an eviction. A story with grassroots organizations, political hotshots, various groups of artists and of the evictees themselves, who call their camp an installation and the life they lead in the space they have taken a performance.

Until the power of sainthood and political opportunism makes them the owners, with papers and all, of the very building they have been thrown out of, the first in a series of unexpected successes.

A novel full of abandon and excess, art that becomes life and life that becomes art, about the construction of myth and the narrative that keeps a community going in the face of political power and the mass media.

It is unusual to come across someone with such rhythm and such good humor in writing, who has this grace and refinement with fussiness…And if this were not enough, Cabezón describes with fine precision the relationships between art and power and the dilemma of Argentinian artists coopted by money and friendliness. Quintín, Perfil

…We are dealing with an author who has been able to construct a recognizable style and voice and to concern herself with a segment of the society like the déclassés, giving her characters charming, captivating humanity and depth. Walter Lezcano, Radar, Página 12

… An intense, fleeting, well-aimed, direct, ironic, sentimental, critical and self-critical novel…It is a novel in flames where people burn and are burnt, and which generates a reflection on the body, death and the martyr. Luis Valenzuela Prado, 60 Watts.