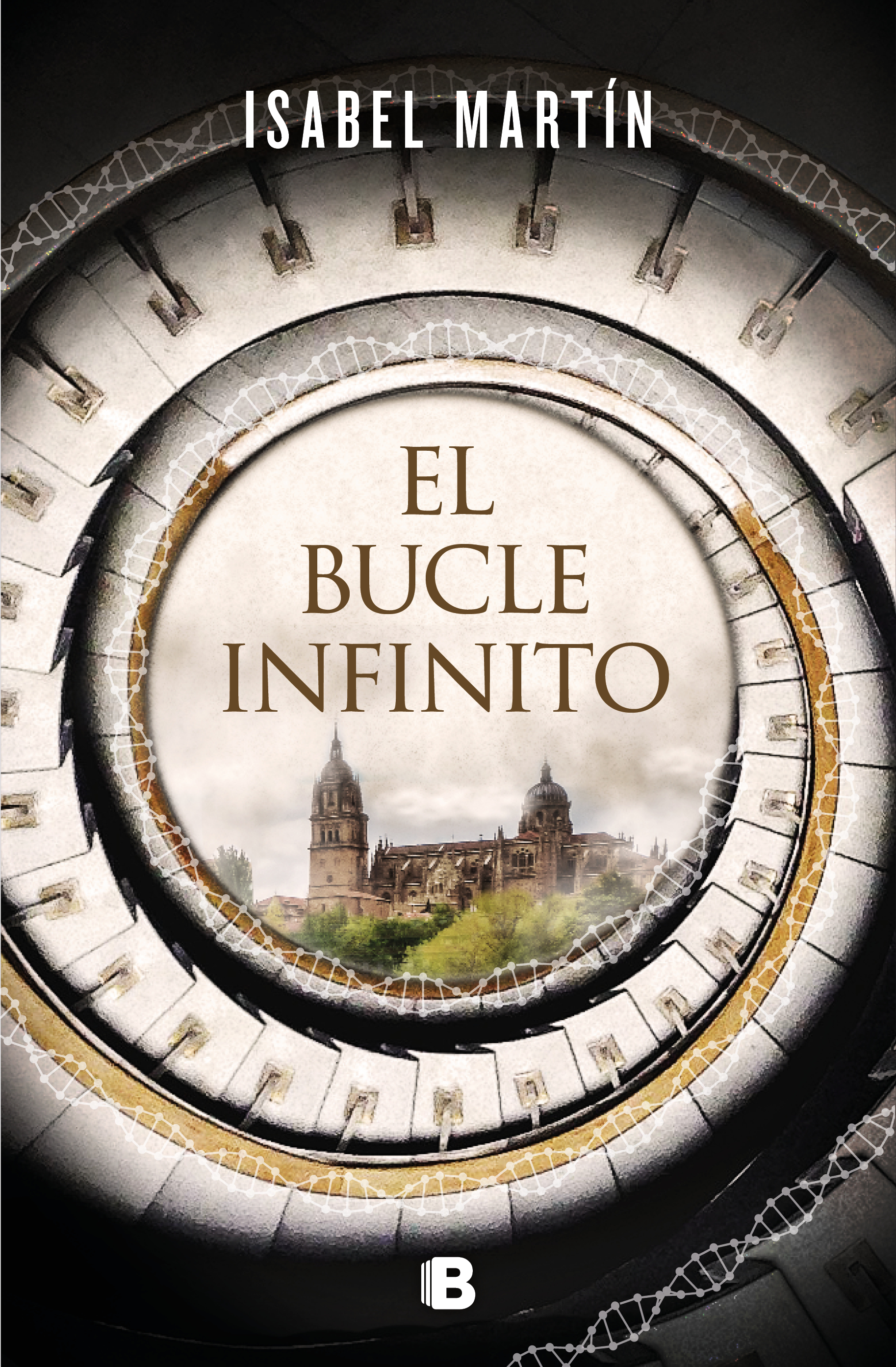 An infinite loop in which every great ending is just an unexpected beginning.

After following the instructions found in a book written in the XVIth century and building a device that defies all known rules, Julia Serrietz, a theoretical physicist, and Miguel Saguar, a historian, travel from the present to the city of Salamanca in 1543. They arrive naked, disoriented and with a lot of questions. Who sent the book to them? Why are they there? How can they go back to the XXIst century?

From the palace halls to the dungeons of the Inquisition; form the taverns to the poor neighbourhoods of Salamanca’s ‘court of miracles’, Miguel and Julia will have to face both unknown challenges and their own feelings in a hostile world, plagued by superstition and intolerance, while they look for an exit back into their own times.

In the meantime, Sabina, a young healer tormented by strange visions since she was a child, arrives to a monastery near Salamanca were strange things take place demanding the intervention of an exorcist. In the monastery, Sabina will find sister Bárbara, the woman who has plagued her visions, and will meet Lope, the Dominican exorcist with whom she will develop a strange friendship.

Two plots, apparently unrelated, that will come together in an unexpected end.

I must say that the descriptions of the author are unbeatable and let you get into the story easily. There were moments when it seemed that I was watching an episode of El ministerio del Tiempo, being one the characters and seeing how the main characters faced the challenges of the 16th century. Anika entre Libros

A travel story in which past and present are mixed to create a plot filled with impossible love stories. Daniel Roldán, El norte de Castilla

A magnificent novel in which the reader will find a mix of genres: from mistery, investigation, adventures, science fiction and a good dose of thrillers. Libros por Doquier