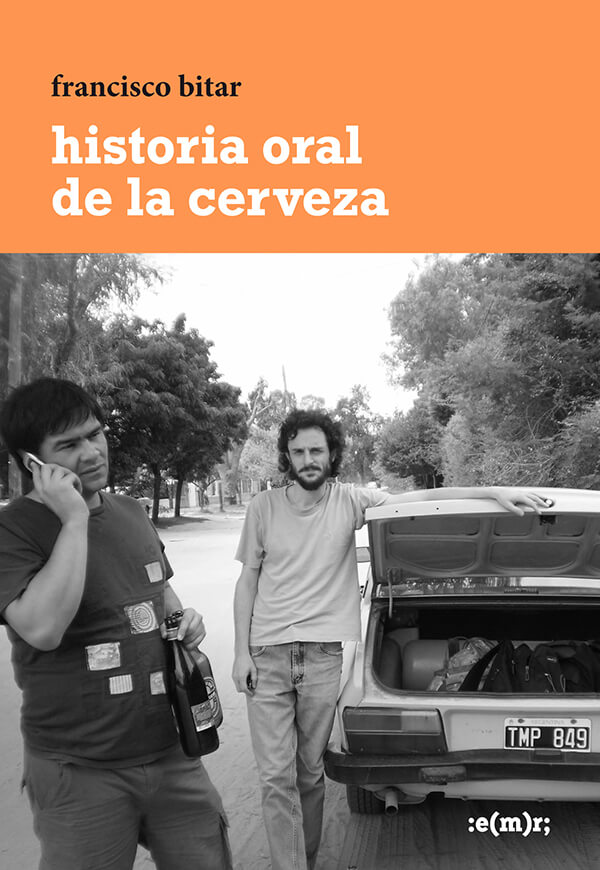 Chronicle, novel, essay on the characteristics of the orality in a specific time and space, Oral History of Beer represents the exploration of the possibilities that underlies in a framework made of voices and the conversation understood as narrative vehicle.

Composed from real life recordings, this book is built under one premise: everyday conversations, which almost never are simple or easy, deserve sometimes maybe not the immortality but the possibility of an everlasting life.

This Oral History of Beer got the characteristics of a playful assembly. Several stories that never converge overlays without conclusions, and that is good, because contribute to think again of the habits as condensed legacies, as tradition full with secrets. Juan Laxegueborde, Página12

Conceived as a fragmented conversation, Francisco Bitar traces a poetical tour around social relations through the beer. Juan Rapaccioli, Télam

A text of amphibian nature, in the middle between the narrative artifact of the chronicle, the breathing of the poetry and the documentary lab. Silvina Friera, Página 12

Oral History of Beer, with jumps into the narrative, the research and the chronicle of that research, pursue the sparks that escape from the little fragmented stories. Patricio Zunini, Blog Eterna Cadencia