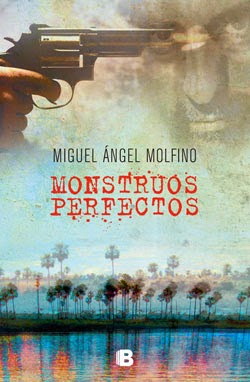 Finalist for the Violette Noire 2014 for the best detective novel by a foreign author at the Toulouse International Fair for Detective Literature.

There was blood everywhere and the buzz of the flies moved the air thick with death.

This is the scene when teenager Miroslavo Hordt finds his parents dead in a place in the Chaco that seems to have been left to its fate. He buries them and flees, knowing full well he will be pursued as the prime suspect.

In the course of his flight he meets Hansen, an arms dealer. The meeting will be just the beginning of a relationship between the protector and the protegee, the first step in young Hordt’s introduction to crime.

Miguel Angel Molfino spins a plot that does honor to the code of the genre, and transports the reader to a world he will not be able to leave till the last page under a ferocious spell where one breathes the air of the bloodiest nightmares.

This is dry, cutting prose….A vertigo that captures us by speeding up our reading without preventing a reflection on a bloody reality. Guillermo Sacomano, Página 12

It not only possesses the Conceptist metaphors of the best Chandler, the poetic disorder of Faulkner and the desperate narration of those who have lost hope in Steinbeck, but it adds the rhythm of the Chaco. You can smell it. Mariano Dublin, El Toldo de Astier.

The best detective fiction one can read in this country today. Javier Chiabrando (blog).

Powerful because Molfino opts for rough, dry writing in sharing with the reader a unease that grows from page to page. Powerful too because his story, highly visual like a kind of western on the Pampa, immerses us in a gallery of fantastic characters. We are without question witnessing the birth of a great author whom the press has described as one of the most North American novelists of Argentine literature. Le Soir, France

Miguel Ángel Molfino, a political prisoner during the Argentine dictatorship, can leave no one indifferent. A nimble style which merges with suffocating descriptions…..His  undertaking and his great achievement is showing us a hard, unexpected, unfamiliar face of Argentina. Alibi, France

Published by: worldwide in Spanish  Ediciones B/  French  Flammarion.

Other works by the author