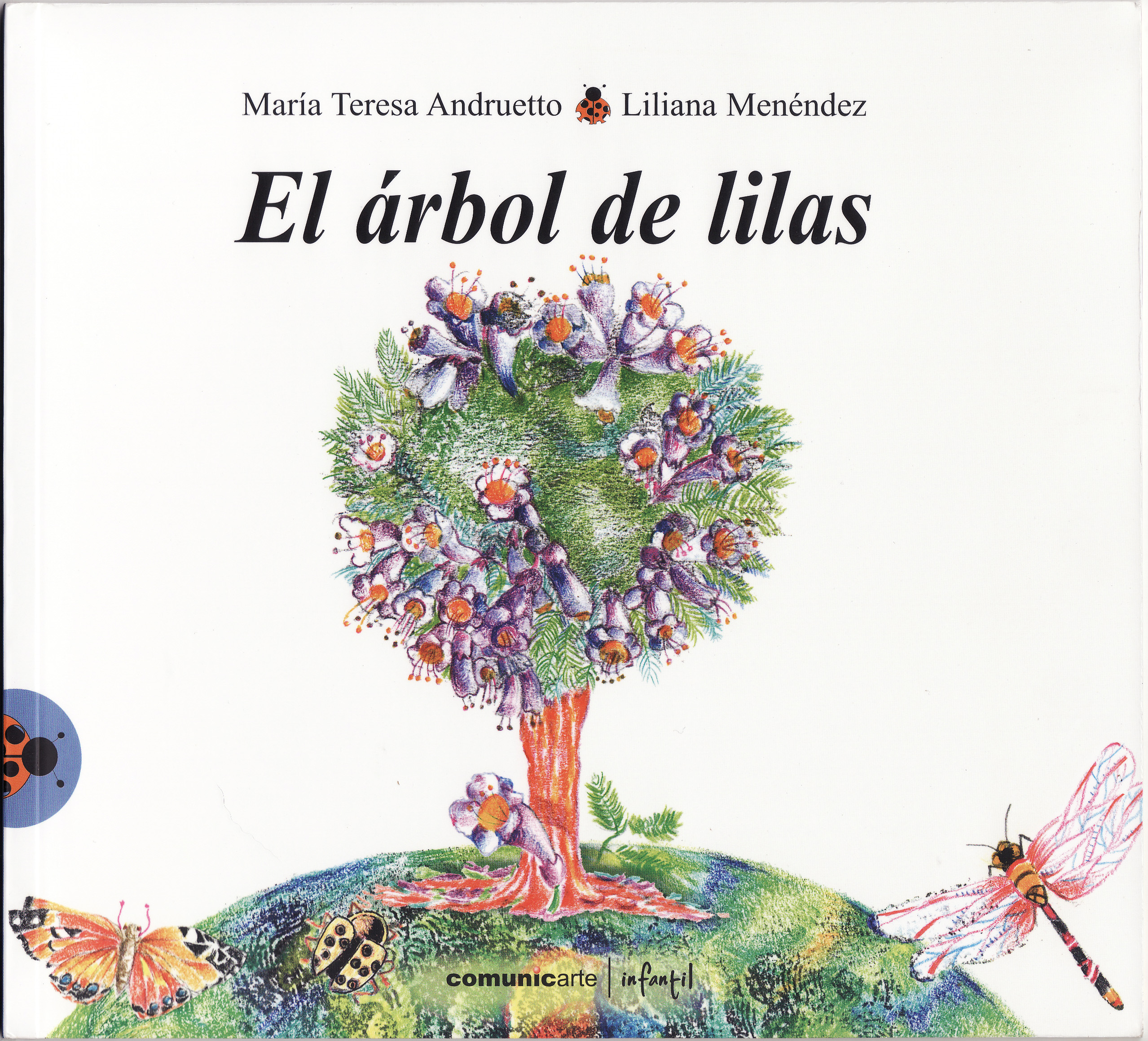 A woman leaves her home and wanders through the world searching for her ideal man, whereas he is sitting under a lilac tree in a square near her house, waiting for her…

A story about love and the need to cross the world in order to find it. The search of the beloved, the sweetheart’s awaiting and the parable of the journey we undertake to find what we want, ignoring that it could very well be at our point of departure, are at the core of this story which subverts the rules of traditional story telling by having the lady going in search of love whilst the man remains awaiting.

“María Teresa Andruetto, in my view the most accomplished writer of today’s Latin American Children’s and Youth Literature, presents a love story in three stages, with her marked personal imprint and a poetic, condensed language, and a round end”. Luis Bernardo Yepes Osorio. RELALIJ/2007 Magazine.

“El árbol de lilas (The Lilac Tree) is a good book to put librarians and teachers into trouble. Which shelf should I put it in? Is it a short-story, is it poetry? What genre does it belong to? Words are distributed in verse, actions and dialogues repeat with slight variations in the way of refrains. A form closer to play, to popular poetry than to conventional prose; however, there’s a story being told, a love story. The protagonists of this story are deliberately undefined, they have no name and we know nothing about them, except their actions: the waiting and the searching. The text calls them he and she. The man is the one who waits, the woman is the one who searches the world for love”.  Marcela Carranza. Imaginaria Magazine