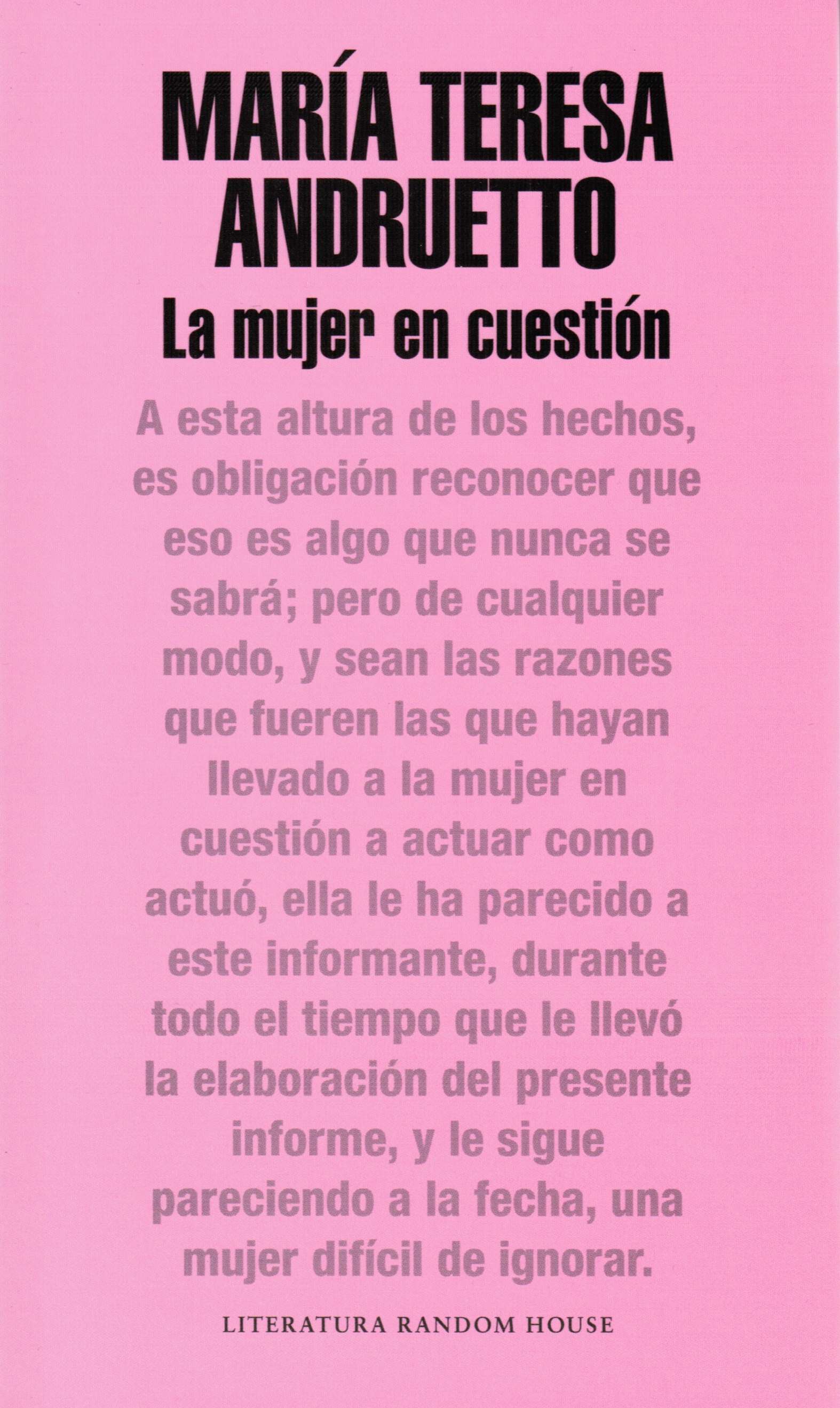 With a skewed detective story format, the novel revolves around an enigmatic woman that stands out in the midst of the social background during the years of the Argentinean Dictatorship. Thus, Eva Mondino, the woman in question, becomes (like Leni, in Heinrich Böll’s “Portrait of Group with Lady”) an emblematic figure, or a pretext perhaps, that unveils a period of time.

The main character of this novel, Eva Mondino, was persecuted by State Terrorism during the last Argentinean Military Dictatorship. Certain facts about her life become ambiguous once she survives confinement. Her words and her searches seem to be tinged with unreality, and the ghost of treason haunts her.

Considered by the prestigious Swiss newspaper Neue Zürcher Zeitung as one of the best novels ever written about the Argentinian dictatorship.

“If evidence should be requested to demonstrate that María Teresa Andruetto is to be regarded amongst the best writers of this rich, generous and unfortunate country, that evidence is entitled La Mujer en Cuestión (The Woman in Question)”. Andrés Rivera.

“I really liked it very much. To besiege a mystery; to play with what is known, what is unknown, with what is hidden, with what can be guessed… I thought it was an impeccable way to approach this subject”. Martín Kohan.