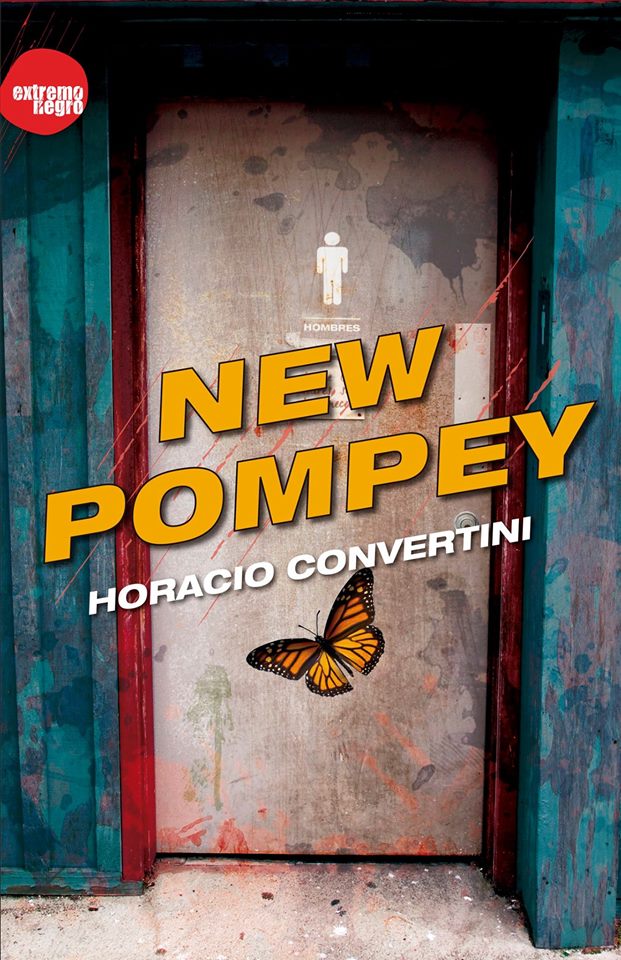 Novel Editorial Punto Cero, 2013 Del Nuevo Extremo, 2015, 2013, 2015 190 pages
Buenos Aires, winter 2001. The country is sinking dully as is Cali’s life. Following his mother’s death and his breakup with José, the love of his life, he goes back home to New Pompey, the old neighborhood he had to flee on account of his homosexuality.

There lurk the darkest ghosts of a past that was not entirely unhappy and that consequently will not even allow him to take refuge in self-pity. There, while he wallows in the saddest of recollections, out of the blue, his childhood best friend appears and proposes an absurd scheme: the theft of a safe containing the money that will turn these dirty, neglected houses on the south side of Buenos Aires into New Pompey, a paradise full of rich people.

Cali finds himself dancing a tango for two which is also a duel: as in its origins in Buenos Aires, it will be danced by men and the distance between an embrace and a stabbing will be scant. The narrator/main character grabs the reader and leads him from identification to rejection and back to identification. Te voice is at once confessional and melancholy, with all the shadings and contradictions of rich characters. Love, mother, childhood, friendship, homosexuality, the neighborhood, loneliness and defeat: Horacio Convertini works with these themes, weaving them into a crime plot that captivates and offers the possibility of revenge. New Pompey is the new novel/tango of the 21st Century. Gabriela Cabezón Cámara, El Clarín.

With this book, Convertini reminds us that the good literature can be direct, honest, clean and free of pretentious ambitions. Diajanida Hernández , Diario El Nacional, Venezuela.

New Pompey needs a reader who pays close attention to the bare prose and a plot that unfolds by moving back and forth between the past and the present without facile concessions to the tenderness of childhood memories. Graciela Melgarejo, La Nación

…A return to a childhood neighborhood and a robbery become a metaphor for the 90´s . Daniel Gigena, Revista Ñ

...It is with his masterful use of every term and space that Convertini offers the reader the possibility of orienting himself without having to overexplain everything. Lucas Gutiérrez, Friendly Life