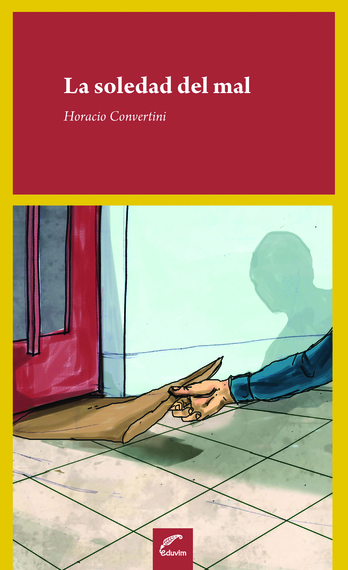 Báez Ayala, a ruthless murderer, roams around the city like a hungry wolf, looking for victims that deserve the sacrifice of death. To do it, he makes perverse plans that allow him get close to the victims, win their confidence and find in their insignificant souls the breaking point that will make the crime a liberating ritual. A psycho who kills using a refined psicologic sadism, till he comes across someone different: an enigmatic woman who defies him, who attracts him (perhaps because she resembles to him), someone who will make him shiver for the first time.

The crimes of a murderer who before being a victimizer was a victim. And an idea: evil carries an irretrievable loneliness, whose only way out is the destruction of the neighbours. With accurate brushstrokes, Convertini manages to draw with mastery his characters: a murderer, a conventional teacher, a jaded housewife, a jilted lesbian, a paedophile priest, a failed actor…

A mature work, which in a little time could set itself up in a canonical of the genere. Guillermo Orsi, jury of the Azabache Prize

The solitude of Evil is ascribed to the detective genre, but it also modifies it. Even better, it makes its main attributes complex. Diego De Angelis,  Ñ Magazine . Diario Clarín

Convertini investigates successfully on the idea that every victimizer was a victim first. The solitude of Evil enlightens certain deep darkness of the human condition. Martín Kasañetz, supplement Radar, Página 12

Convertini shows us the blackest things that can nest inside oneself. Leonardo Oyola, jury of the Azabache Prize