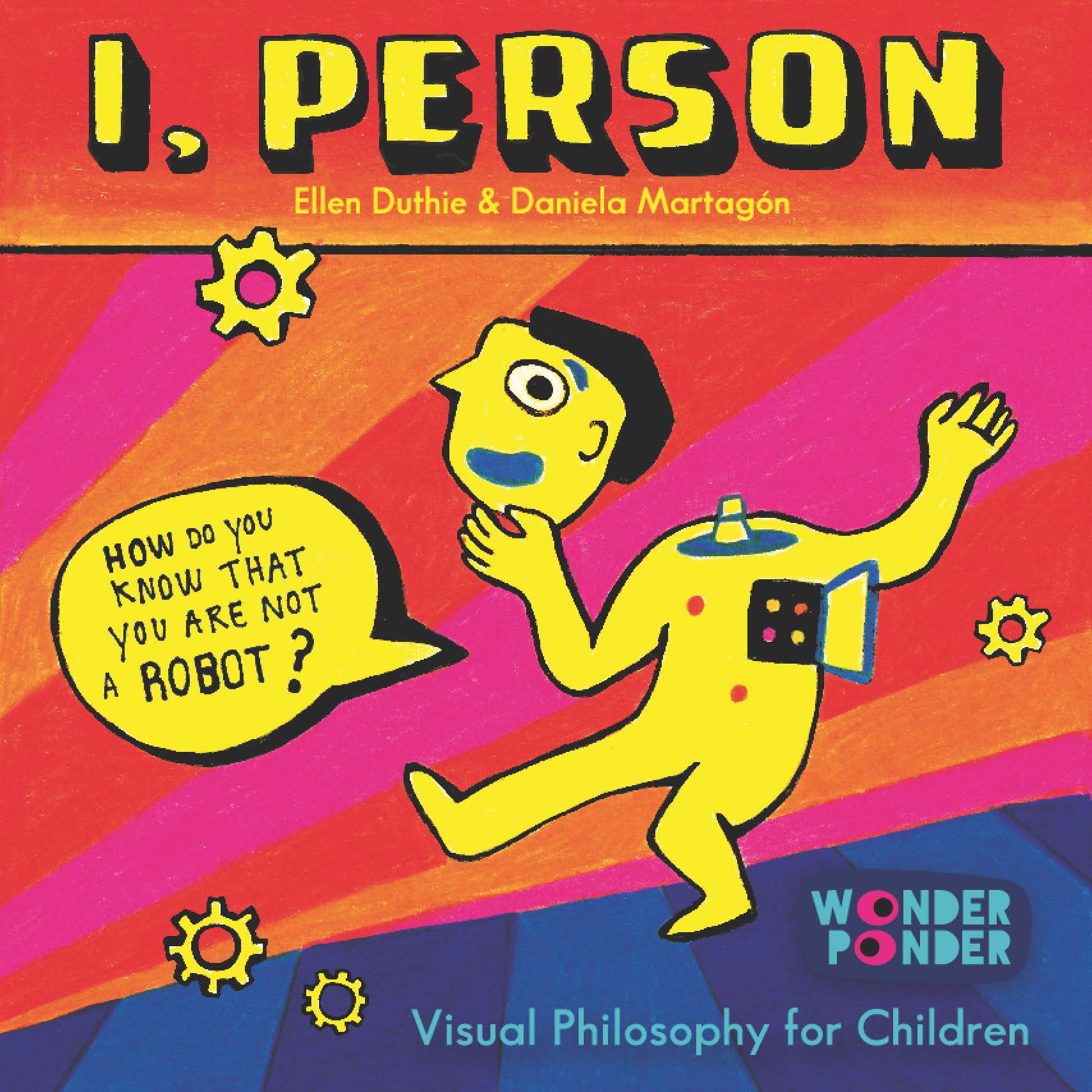 Illustrated by Daniela Martagón | Age 8 and up | Traje de Lobo , 2015
Are you absolutely sure you are a person?
What would you do if you found out you were actually a robot?
Would a robot be a better child than a boy or a girl?
Can a robot fall in love? Can you build a friend?
Is a person more than their brain?
What do you think?

I, Person is both a book and a game. It comes in a box and is an invitation to play and think about two big questions: Who are we? and What are we?

What exactly is a person and how is it different from a robot, for example? What makes us the specific person we are? And what allows us to say that we are the same person we were when we were born, despite being so different. If we had several brains, would we be several people?

Part of the critically acclaimed Wonder Ponder, Visual Philosophy for Children series, I, Person is designed for children to look at, read and think playfully about who they are and what they are by themselves, accompanied by an adult or in a group, in educational, play or family contexts.

The Wonder Ponder. Visual Philosophy for Children series
Wonder Ponder introduces readers to philosophy’s big questions in a way that is playful and appealing.

Engaging scenes and intriguing questions prompt reflection and discussion, encouraging children to develop their own thoughts and arguments and to build a visual and conceptual map of the issue addressed in each box.

An innovative proposal that opens up dialogue as a form of knowledge and helps us delve into the mysteries that make us who we are. (…) A must-read. El Cultural, El Mundo cultural magazine

Different, in its daringness, to other works I’ve seen of philosophy for children. The visual identity is that of a cheeky, misbehaving, imaginative child. Brilliant provocativeness. Clémentine Beauvais, An Awfully Big Blog Adventure

[About Cruelty Bites] Cruelty Bites, the first in the Wonder Ponder Visual Philosophy for Children series, breaks the mould with an entirely new kind of stimulus that can be used at the dinner table as effectively as in the classroom. The Philosophy Club

Other books by the same authors