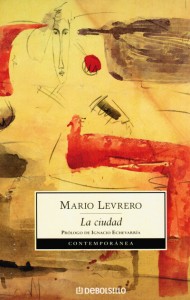 Along with The Place and Paris, The City comprises the Involuntary Triology (involuntary in the sense that the author only realized afterwards that he had written three novels in a row with the city as a common theme).

At the beginning of The City, the protagonist, having just arrived at the bleak dwelling in which he is planning to live, goes out to find a place nearby to buy kerosene. Then he goes for cigarettes, dry his clothes and other innocuous tasks that slowly take him further and further away from his home and into an alien city hazily defined.

“Life is astonishingly short. Now, in my memory, it is so compressed that I can hardly understand, for example, how a young person can decide to ride to the next village without being afraid that—apart from accidents—even the time allotted to a normal, happy life is far too short for such a journey.” This quote from Kafka contains one of the keys to this novel, for the writing of which Levrero himself admits that he “tried to imitate [Kafka] with the greatest precision at my disposal”.

Other  books by the same author